Topographic maps for Banff and Jasper National Parks in the Canadian Rockies can be downloaded from this webpage. The maps below also cover . I've divided the Canadian Rockies into three areas: Banff (which includes The Kananaskis, Kootenay National Park, Yoho National Park, Emerald Lake, Lake Louise, and Mount Assiniboine), The Icefields Parkway, and the Jasper area. The maps below are from the Toporama series available from Natural Resources Canada. If you wish to download your own Canadian topo maps download this KMZ file and open it in Google Earth. In the search bar for Google Earth enter a location and click search. For example I searched for Muncho Lake which gave the following Google Earth result: 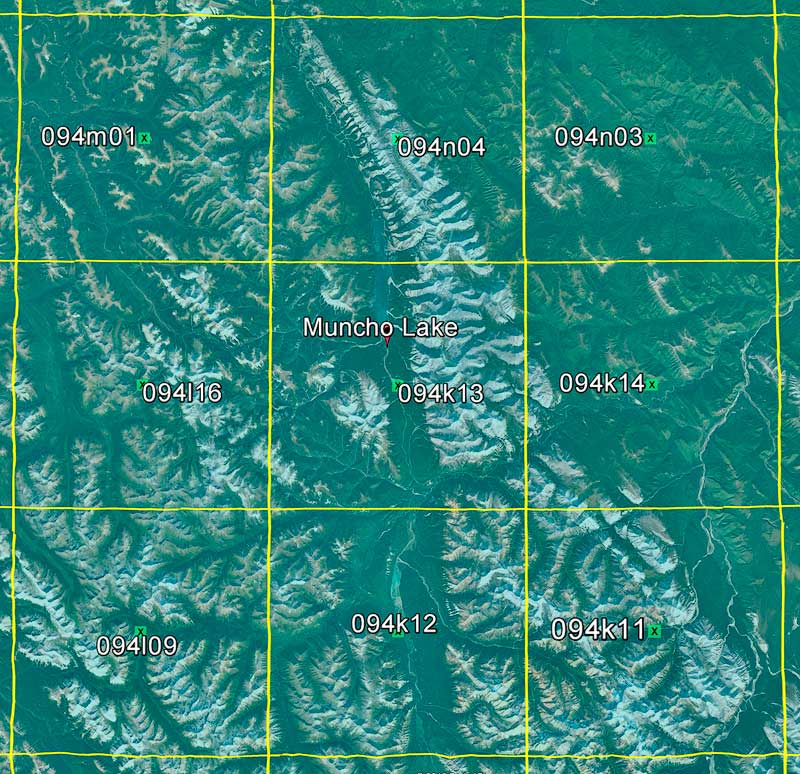 As can be seen Muncho Lake is on the 94K13 map. Clicking on 94K13 in Google Earth gives the map name "Muncho Lake" and a hyperlink. The toporama map can then be downloaded as a Geotiff either by clicking on the hyperlink in Google Earth, or from this site: http://ftp.geogratis.gc.ca/pub/nrcan_rncan/raster/toporama/50k_geo_tif/ .

50,000 to 1 Topo maps for Banff, Icefields Parkway, and Jasper can be downloaded in a variety of formats below. Toporama maps are already decollared as downloaded so collared versions are not available. 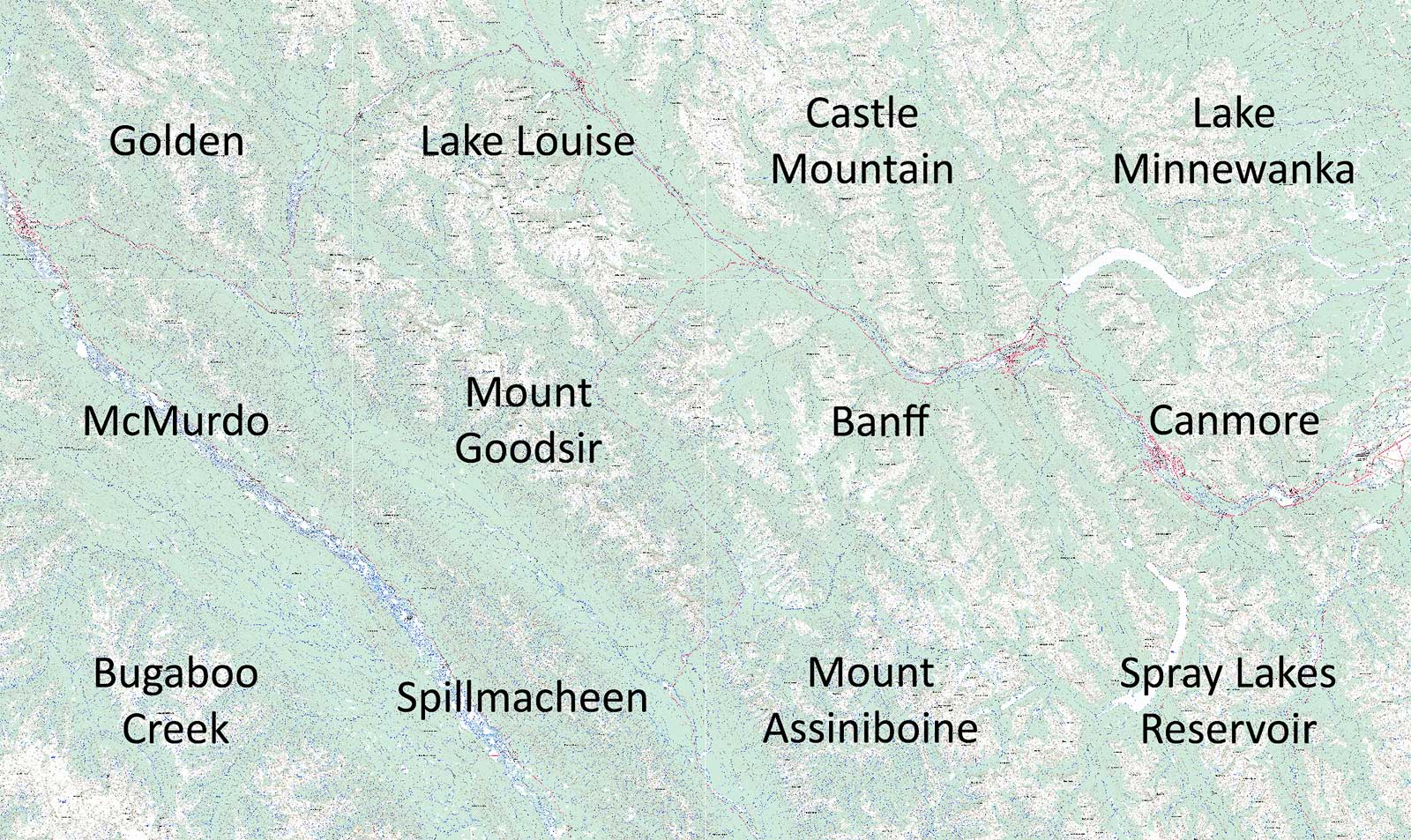 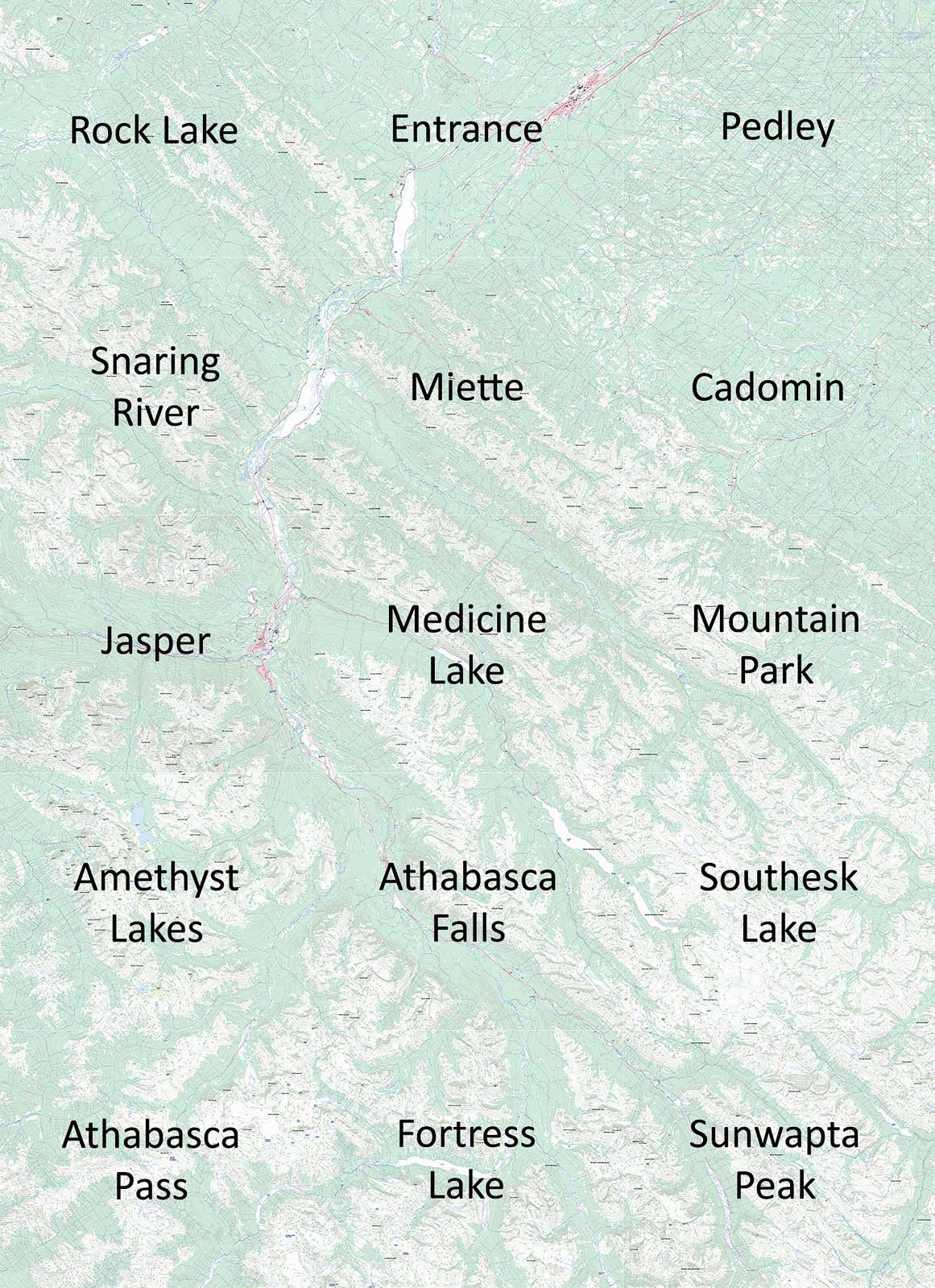